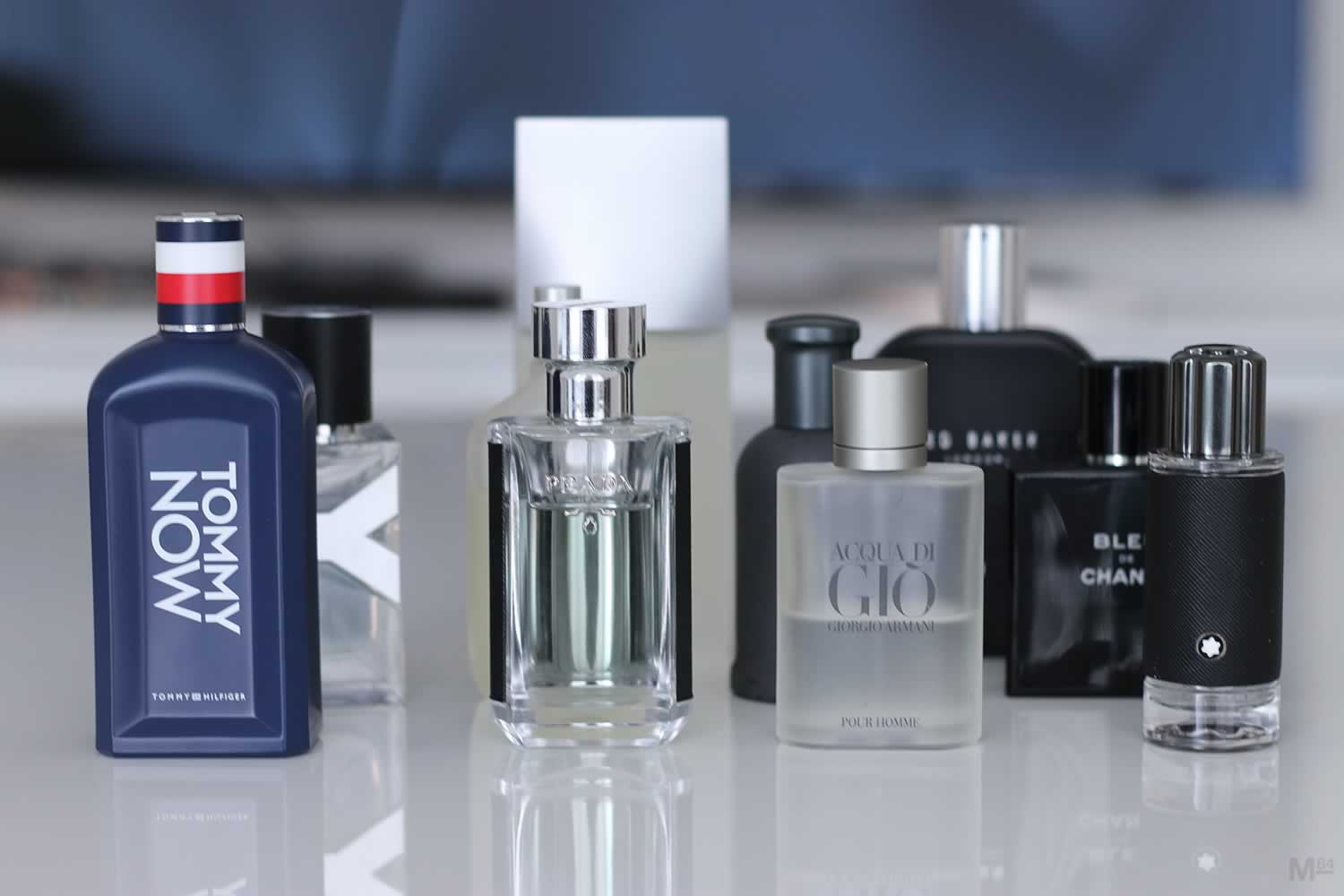 It seems like one of the most vibrant parts of the perfume market is teenagers. The adolescence era starts from the early 12 and can last till high school. Boys and girls want to feel fresh and original, and that is why they select their fragrances thoroughly.

Here you will find a list of the 5 best colognes for teenage guys that are difficult to satisfy. Teenage boys sweat a lot, and their puberty issues can severely impact the way they smell. That is why they are looking for duration and uniqueness to their perfumes.

Let’s now check which are these fragrances and what are their top, middle and base notes. You need to know that every teenage boy is a different person, and perfumes can smell a lot different when they have higher physical activity.

Adidas made its very first attempt to release a teenage boy fragrance in 1999. The Adidas Moves has met unprecedented success among teenagers because of the shape of its bottle. The rectangular shape and the sprayer made it easy for them to identify and use it as much as possible. Its innovative formula and the fair price make it so lovable to the younger teenagers.

The base tones are sandalwood, thyme, oakmoss, and Muguet. These are some of the scarcest herbs on earth that add to the quality of the perfume. The middle and top notes are ginger, cedarwood, lavender, jasmine, juniper, geranium, black pepper, peppermint, and pineapple. This combination is somewhat original for most teenagers, plus it covers all the bad smells of their bodies. That is most appreciated among the young athletes that spend most of their days on the basketball court.

Adidas Moves costs only $19.99 for the 100ml bottle and is one of the most affordable fragrances you can buy in any store.

The perfume is an Eau de Toilette and is great for all occasions, both formal and informal. The duration can be between 4 and 8 hours; that is why teenagers should replenish it many times throughout the day.

Nautica Classic has been the very first fragrance delivered for teenage guys by Nautica back in 1992. It has been one of the firm’s most successful perfumes, selling millions of bottles to teenagers even from its first year of release. It has a bluish color and comes into a transparent glass bottle with a sprayer that looks like a boat. Many teenagers find it fun and engaging to have such a great fragrance bottle in their toilet.

The base tones include sandalwood, amber, and musk. Going upwards to the middle and top tones, you can find sage, bergamot, and lemon oil that give more spice and excellence to the fragrance.

Nautica Classic costs about $39 for the 100ml bottle, which is among the most affordable fragrances a teenage guy can buy for himself. Considering the precise sprayer, teenagers can save lots of money.

Nautica Classic is great when a teenage guy wants to hang out with his friends or attend a special ceremony. The perfume is an Eau de Toilette and can last for more than 8 hours upon initial use.

The base tones are green tea, oakmoss, cedarwood, sandalwood, nutmeg, musk, and amber. The middle and top tones are freesia, amber, violet, rose, jasmine, papaya, pineapple, bergamot, and mandarin. These all give citrus and fruity notes to the Calvin Klein One fragrance, the one that every teenage boy can recognize and respect.

The perfume is marketed in a single flat bottle with a bottle cap that makes it look like a water flask. The price can come up to $45 for the 100ml bottle. It is a perfume that matches any time of the day for the busy teenage boys that can attend their classes and then engage into sports activities.

The duration varies among the skin types and the physical activity of the teenage guys wearing it. In most cases, the duration is never less than 6 hours and sometimes can exceed 12 hours.

Tommy Hilfiger decided to promote his fragrance for the teenage guys back in 1994. That legendary perfume that was presented under his name (Tommy) was the blockbuster of that year. The reality is that it never left the top 10 of the fragrances that are made strictly for teenage guys and keeps its laurels till today.

The base tones are cactus flower, red maple, cottonwood, amber, and bruce spruce, among the rarest raw materials industry. Going further up to the middle and top tones, we can find driftwood, cranberry, apple pies, yellow rose, grapefruit, bluegrass, spearmint, bergamot, rain, and lavender, making it impossible to copy. The fragrance emits a scent of freshness and nostalgia that teenage guys really like to have. At the same time, it protects them from smelling bad, sending good vibes to girls around them.

Tommy is the only fragrance that you can find in 30ml bottles that cost $25 and are always sold fresh. You can wear Tommy Hilfiger Tommy perfume during the day at school, but it will equally work when you are going out. The duration is more than 8 hours and can last even 24 hours if you put it on after you have a shower.

The fragrance is marketed in the well-known 50ml bottle that has a blue cap with silver lines. It is an Eau de Toilette and requires a sprayer for exact and direct use. Light Blue base notes are musk wood, incense, and oakmoss, giving it a herbaceous foundation. The top and middle notes are rosemary, pepper, rosewood, mandarin, grapefruit peel, bergamot, and juniper that provide a floral and fruity finishing to the perfume.

Light Blue costs approximately $65 for the 75ml bottle being one of the most popular fragrances with millions of sales every year. It has been one of the fragrances that teenage guys decided to wear on formal occasions and parties.

The duration can be anywhere between 6 and 12 hours since the perfume’s fruity character makes it evaporate easier than others.

What is the best cologne for teenage guys?

Perfumes for teenage guys are very selective and particular. That is why the presented fragrances last through the years and remain the blockbusters of the market.

Teenage guys want their perfume to be durable and unique, giving them the chance to promote themselves among their peers. Fragrances are by far more important to them, especially when they want to be social and popular in the community. Teenagers are always a special part of society and their perfumes mean a lot to them.