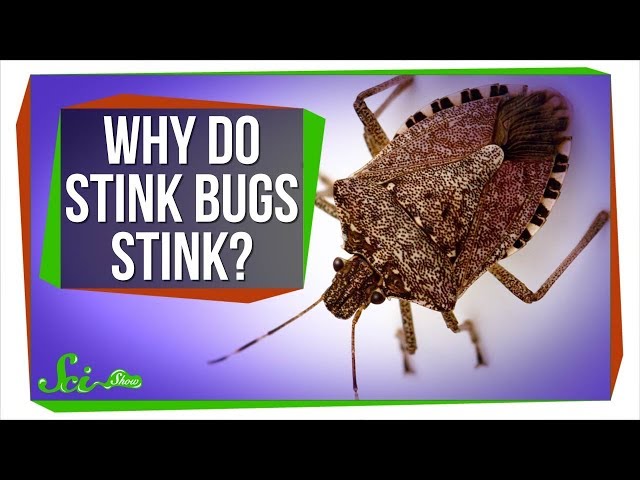 Find out what a stink bug smells like, why they smell, and how to get rid of the smell if you have an infestation.

What is a stink bug?

A stink bug is a type of shield bug that gives off an unpleasant smell when it feels threatened. These pests are often found in gardens and agricultural areas, where they feed on plants. While stink bugs do not typically cause serious damage to crops, they can be a nuisance to farmers and home gardeners.

Stink bugs are attracted to light and are often found on window screens or in houses during the fall. These pests can be a nuisance, but they are not dangerous to humans. However, if you crush a stink bug, you will be able to smell its strong, unpleasant odor.

How do stink bugs produce their smell?

Stink bugs produce their unpleasant smell as a defense mechanism. The scent is produced by two small glands located on the underside of the bug’s thorax, near the base of the abdomen. When threatened, the stink bug will release a foul-smelling liquid from these glands as a way to deter predators.

What is the purpose of a stink bug’s smell?

There are different opinions on what a stink bug smells like. Some say they smell like cilantro, while others compare the smell to that of adirty sock. Whatever the case, the foul odor of a stink bug is used as a means of self-defense.

When a stink bug feels threatened, it will emit an unpleasant odor from glands located on its thorax. This smell is intended to ward off predators, but it also serves to alert other stink bugs in the area of potential danger.

So, while the stink bug’s smell may be repulsive to humans, it serves an important purpose in the natural world.

How do different people react to the smell of a stink bug?

What other smells do stink bugs resemble?

Stink bugs get their name from the fact that they release an unpleasant odor when they feel threatened. This smell is often described as resembling that of a skunk, which is why some people call them skunk bugs. However, there are other smells that stink bugs have been known to resemble, including:

How can you get rid of the smell of a stink bug?

If you have ever had the misfortune of encountering a stink bug, you know that they can release a incredibly foul odor. This foul smell is used as a defense mechanism to ward off predators and to attract mates. Although the smell of a stink bug may be offensive to humans, it is actually quite useful for the stink bug.

So, how can you get rid of the smell of a stink bug? The first step is to identify where the bug is located. If the bug is inside your home, it is likely that the smell will dissipate over time. However, if the bug is outside, you may need to take more drastic measures.

Another way to remove the smell of a stink bug is to use a soap solution. Mix one part dish soap with ten parts water and spray over the area where the stink bugs were last seen. This soap solution will kill any lingering bugs and remove any traces of their scent.

Are there any benefits to the smell of a stink bug?

What happens if a stink bug smells bad?

If a stink bug smells bad, it is likely trying to protect itself from predators. The smell is produced by a chemical in the stink bug’s body called 3-methylbutanol. When the stink bug feels threatened, it will release this chemical from glands on its back. The chemical acts as a warning to predators that the stink bug is not a good meal.

What should you do if you smell a stink bug?

If you smell a stink bug, it is probably because the bug has been crushed. Stink bugs emit a foul odor when they are disturbed or threatened. The smell is used as a defense mechanism to deter predators.

If you come into contact with a stink bug, you will likely notice the strong, unpleasant odor. The odor is caused by the release of a substance called oleic acid. Oleic acid is found in many plants and animals, including humans. In humans, oleic acid is a type of fatty acid that is found in body oils and sweat.

Stink bugs are not dangerous to humans and will not cause any harm if you come into contact with them. However, it is always best to avoid touching or disturbing them if possible. If you do need to remove a stink bug from your home, it is best to do so using gloves or a vacuum cleaner with a bag that can be sealed shut.