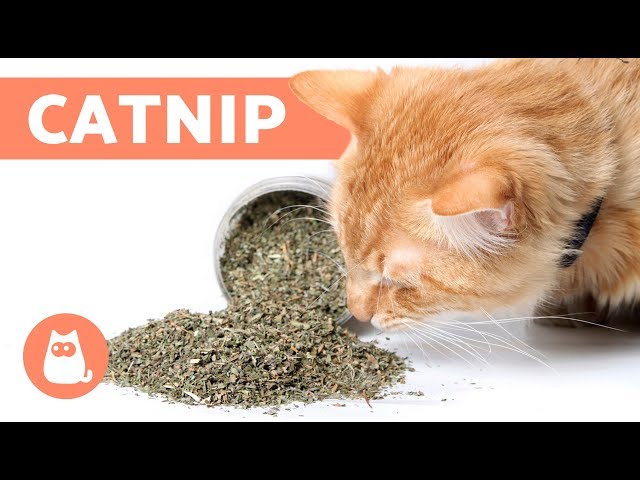 Catnip, also known as Nepeta Cataria, is a plant in the mint family that is known for its intoxicating effects on cats. The main active ingredient in catnip is nepetalactone, which is a volatile oil that is responsible for the plant’s strong aroma.

Catnip (Nepeta cataria) is a herb in the mint family that is well-known for its effects on cats. Cats love the smell of catnip and will often roll around in it, rub their faces in it, and chew on it. Some cats will even eat it. Catnip has a strong, minty smell that is very attractive to cats.

Catnip, (Nepeta Cataria) is a member of the mint family that is known for its unique odor. This perennial herb can reach up to three feet in height and produces small, white flowers. The leaves of the plant are what contain the potent essential oils that give catnip its signature smell. When these oils are released, they produce a scent that is similar to lemons or citrus. Some people also say that it smells like mint or thyme.

How do cats react to catnip?

Most cats react to catnip by rolling around, rubbing their faces in it, or chewing on the leaves. This is because the plant contains nepetalactone, a compound that is similar to the chemical that makes up cat pheromones. When cats sniff or ingest this compound, it causes them to feel relaxed and happy. Some cats may even become hyperactive after exposure to catnip.

What is the active ingredient in catnip?

The chemical in catnip that gets cats high is called nepetalactone. It’s structurally similar to the molecules in valerian root that produce a sedative effect in humans. When a cat breathes in nepetalactone, it binds to receptor cells in the nose that are sensitive to pheromones.

How does catnip work?

How does catnip work?

The primary active ingredient in catnip is a volatile oil called nepetalactone. This substance is found in all parts of the plant, but is most concentrated in the leaves and flowers. When cats sniff or eat fresh catnip, they are actually inhaling nepetalactone.

Nepetalactone binds to receptors in a cat’s brain that are similar to those that react to pheromones. These receptors are located in the olfactory bulb, which is responsible for a cat’s sense of smell. Once bound, nepetalactone activates neurons that send signals to the amygdala and hypothalamus. These structures are responsible for regulating mood, emotions, and social behaviors.

What are the benefits of catnip for cats?

## Though it is not known exactly how catnip works, it is thought to mimic certain pheromones that are attractive to cats. Once a cat smells catnip, it will start to rub its face in the herb and may also roll around on the ground. Some cats will eat small amounts of fresh catnip leaves.

Are there any risks associated with catnip?

Catnip (Nepeta cataria) is a plant in the mint family that is known for its ability to drive cats wild. Feline experts believe that the plant’s strong smell is what attracts cats, and when they sniff or eat it, they experience a temporary high. Some cats will roll around in catnip or chew on it, while others will just sniff it and then walk away. The effects of catnip typically last for about 10 minutes before wearing off.

While most cats enjoy the effects of catnip, there are some risks associated with it. In large quantities, catnip can cause vomiting and diarrhea in cats. It is also important to make sure that your cat has access to fresh water after exposure to catnip, as the plant can cause dehydration.

How can I give my cat catnip?

Cats love catnip! If you want to give your cat some catnip, there are a few things you should know first.

Catnip is a member of the mint family, and it smells like a mix of mint and lemon. Some people say it smells like spearmint. When cats smell catnip, it affects them in different ways. Some cats become very playful and others become more relaxed. Catnip doesn’t affect all cats – about two-thirds of cats react to it. Kittens and older cats are less likely to be affected by catnip.

When giving your cat dried catnip, start with a small amount and gradually increase the amount you give them until you see how they react. Some cats can get ‘overstimulated’ from too muchcatnip and may become agitated or even aggressive. If this happens, remove the source of the catnip and let them calm down for a few minutes before trying again with a smaller amount.

Where can I buy catnip?

If you want to buy catnip, you can find it at most pet stores or online. You can also grow your own catnip plant. When buying catnip, look for a product that is organic and free of pesticides.

What are some other uses for catnip?

Catnip (Nepeta Cataria) is a perennial herb in the mint family. It is native to Europe and Asia but has been introduced to other parts of the world, including North America. The plant is best known for its effects on cats. Cats seem to be attracted to the smell of catnip and will often roll around in it or rub their faces in it. Some people believe that catnip acts as a mild sedative on cats.

In addition to its effects on cats, catnip has a number of other uses. It has been used as a folk remedy for a variety of conditions, including headaches, colds, and upset stomachs. Some people use it as a mild stimulant or antidepressant. It has also been used as an insect repellent.