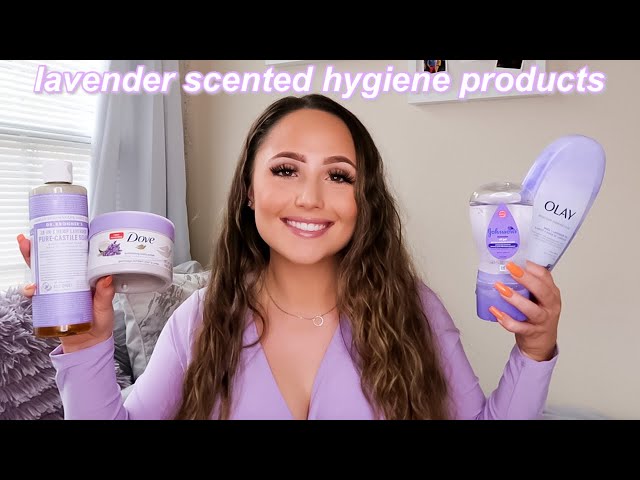 Lavender is one of the most popular essential oils used in aromatherapy. Its calming and relaxing properties make it a popular choice for many people. But what does lavender actually smell like?

The history of lavender

Lavender has been used throughout history for its unique scent. The plant was originally from the Mediterranean region and was used by the ancient Romans to scent their baths. It was also used as a strewing herb, which helped to keep homes free of insects. Lavender was introduced to England in the early 1600s, and it quickly became a popular ingredient in perfumes and soaps.

Lavender oil has a wide range of uses, includingaromatherapy, massage, and skincare products. It is also used as an ingredient in many household cleaning products.

The benefits of lavender

The different types of lavender

While all lavenders (Lavandula) share a similar fragrance, there are subtle yet important differences in smell among the many types of lavender plants. In order to identify the particular notes in a lavender oil or absolute, it is helpful to first understand the common aroma characteristics used to describe lavender. Then, one can begin to determine which type of lavender best suits their needs.

Lavandula angustifolia, or English lavender, is the most commonly cultivated species and has the classic spycial fragrance associated with Lavender. L. angustifolia plants are usually quite small, with pale lilac flowers and slender leaves. The fragrance of L. angustifolia is described as floral, sweet, herbaceous, and fresh, with camphoraceous undertones.

Lavandula stoechas, or Spanish lavender, is easily recognizable by its large purple bracts that resemble a butterfly’s wings. The plant itself is typically smaller than L. angustifolia, with dark green leaves and small violet-colored flowers. The scent of Spanish lavender is more intense than that of English lavender, described as floral, spicy, and herbaceous with camphoraceous undertones.

Lavandula x intermedia ‘Grosso’ is a hybrid of L. angustifolia and L. latifolia and shares characteristics of both parents. Plants are medium-sized with grey-green leaves and long clusters of deep purple flowers. The fragrance is described as sweet, floral, and herbaceous with citrus undertones

The uses of lavender

Lavender has been used for centuries in everything from perfumes to soaps. Its calming fragrance is thought to help promote relaxation and sleep, making it a popular ingredient in many beauty and skin care products. Lavender oil is also used as an insect repellent. But what does lavender actually smell like?

How to grow lavender

Lavender (Lavandula) is a flowering plant in the mint family, Lamiaceae. It is native to the Old World and is found from Cape Verde and the Canary Islands, Europe across to northern and eastern Africa, the Mediterranean, southwest Asia to southeast India. Many members of the genus are cultivated extensively in temperate climates as ornamental plants for garden and landscape use, for use as culinary herbs, and also commercially for the extraction of essential oils.

How to make lavender oil

Lavender oil is one of the most versatile essential oils and has a wide range of uses. It can be used for its calming and relaxing properties, as well as for its ability to soothe minor skin irritations. You can purchase pre-made lavender oil, or you can make your own at home using fresh lavender flowers.

To make lavender oil, you will need:
-1/2 cup of dried lavender flowers
-1 cup of carrier oil (such as olive oil or grapeseed oil)
-an airtight jar
-a strainer or cheesecloth

How to use lavender oil

Lavender oil is one of the most popular essential oils and has a wide range of uses. It can be used to cleanse and purify the skin, soothe irritated skin, and promote healthy hair growth. It can also be added to lotions and creams to help moisturize the skin. Inhaling lavender oil can help to soothe the mind and body, and it can be used in diffusers to freshen the air in a room. Lavender oil is also effective in repelling insects.

The benefits of lavender oil

Lavender oil is one of the most popular essential oils used in aromatherapy. It has a floral, fresh scent that is believed to help promote relaxation and calm. Lavender oil is also said to:

The different types of lavender oil

How to store lavender oil

Lavender oil is a popularessential oil that is used for its soothing and relaxing properties. The oil is extracted from the lavender plant, and has a characteristic floral scent. When buying lavender oil, it is important to check the label to make sure that it is 100% pure oil, as some products may be diluted with other oils or fragrances.

Lavender oil should be stored in a cool, dark place, such as a cupboard or drawer. It is also important to keep the bottle tightly sealed when not in use, as this will help to preserve the scent of the oil.