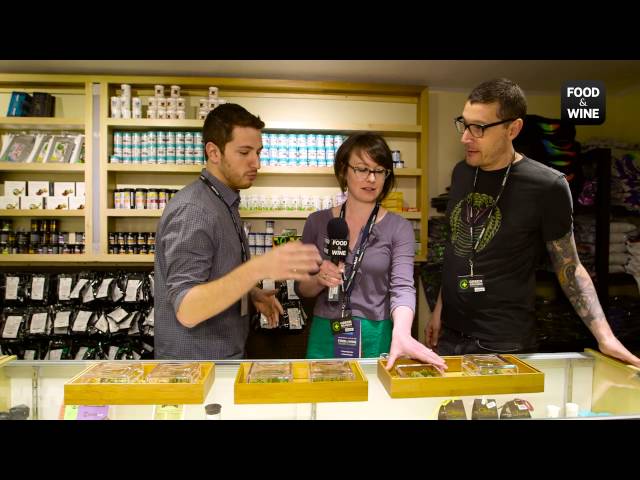 Weed has a distinct smell that’s often described as earthy, skunky, or pungent. But what does weed smell like, exactly? And why does it smell that way? Read on to find out.

The Different Scents of Weed

Weed can have a variety of different smells, depending on the strain and growing conditions. Some common aromas include earthy, skunky, and floral.

Some strains are known for being particularly pungent, such as OG Kush and Sour Diesel. Others are less potent, with a more subtle scent.

The way weed smells can also vary depending on how it’s prepared for smoking. For example, weed that has been dried and cured will usually have a stronger aroma than fresh-cut buds.

Whether you’re a seasoned smoker or a complete novice, it’s always helpful to know what to expect when you open up a bag of weed. So, the next time you’re at your local dispensary, take a moment to sniff the different strains before making your purchase!

The Smell of Weed When It’s Burning

When you burn weed, it produces a certain smell. This smell is often described as being earthy, skunky, or pungent. It can also be described as smelling like hay, grass, or even fruits and spices. The smell of weed when it’s burning is often compared to the smell of burning tires or gasoline.

The Smell of Weed When It’s Fresh

The smell of weed when it’s fresh is often described as earthy, skunky, or herbal. When weed is burned, it can smell like different things, depending on the type of strain.

The Effects of Smelling Weed

When you smell weed, what does it remind you of? Some people say it smells like hay or grass, while others say it has a skunky or earthy scent. Whether you enjoy the smell of weed or not, there’s no denying that it’s become a trademark of the cannabis plant.

But what exactly causes this distinctive odor? And what are the effects of smelling weed? Let’s take a closer look.

The main component of weed that gives it its signature smell is called myrcene. Myrcene is a type of terpene, which is a class of compounds that are found in many plants and fruits. In addition to myrcene, there are also other terpenes in weed that contribute to its smell, such as pinene and limonene.

When you smell weed, myrcene is the first thing you’ll notice. Myrcene has a musky, earthy scent that some people compare to cloves or bay leaves. It’s this myrcene-rich scent that helps to mask the smell of THC, the main psychoactive compound in cannabis.

In addition to its role in giving weed its unique smell, myrcene also has some interesting effects on the human body. For example, studies have shown that myrcene can help to increase the permeability of cell membranes, which means that it can help active compounds like THC to enter your system more quickly. Myrcene has also been shown to have sedative effects, which is one reason why some people say they feel more relaxed after smelling weed.

So, what are the effects of smelling weed? In addition to causing an influx of THC into your system, myrcene can also make you feel more relaxed and sedated. If you’re looking for a quick way to unwind after a long day, taking a few deep whiffs of some fresh cannabis may do the trick!

The Smell of Weed in Different Strains

weed, marijuana, Cannabis sativa, Cannabis indica, Cannabis ruderalis, joint, pipe, bong
The smell of weed is unmistakable. Whether you love it or hate it, there’s no mistaking the distinct aroma of marijuana. But did you know that different weed strains can smell quite differently from one another?

The three main types of cannabis are Cannabis sativa, Cannabis indica, and Cannabis ruderalis. Each type has its own unique set of aromas.

Cannabis sativa is known for its earthy, pungent aroma. Often described as smelling like skunk or diesel fuel, this type of weed is popular among those who enjoy a strong-smelling joint or pipe.

Cannabis indica is usually less pungent than sativa and often smells fruity or sweet. This type of cannabis is often used to make edibles, which can amplify its sweetness.

Cannabis ruderalis is the least potent of the three main types of cannabis and typically has a more subtle aroma. This type of weed is often used for CBD products as it contains very little THC.

No matter what your preference is, there’s a cannabis strain out there with a smell that you’ll love!

The Smell of Weed When It’s Growing

The smell of weed when it’s growing is very faint and grassy. When the plant is mature, the buds will have a strong, pungent smell that is often described as skunky. When weed is smoked, the smell will be even stronger and may linger in the air for some time.

The Smell of Weed When It’s Dried

When it’s dried, weed smells a lot like hay, and if you bury your nose in a pile of it, you might sneeze. The smell of weed also changes when it’s burned. When you light up a joint, blunt, or bowl, the smell becomes more harsh and pungent. You might notice a sweet smell when you exhale.

The Smell of Weed When It’s Vaped

The smell of weed when it’s vaped is often described as being similar to the smell of burned popcorn. The scent is also said to be similar to that of hay or green grass.

The Smell of Weed When It’s Edible

The Smell of Weed When It’s Edible: When weed is eaten, it often smells like grass or spinach. Some people also say it smells like skunk.

The Smell of Weed When It’s Concentrated