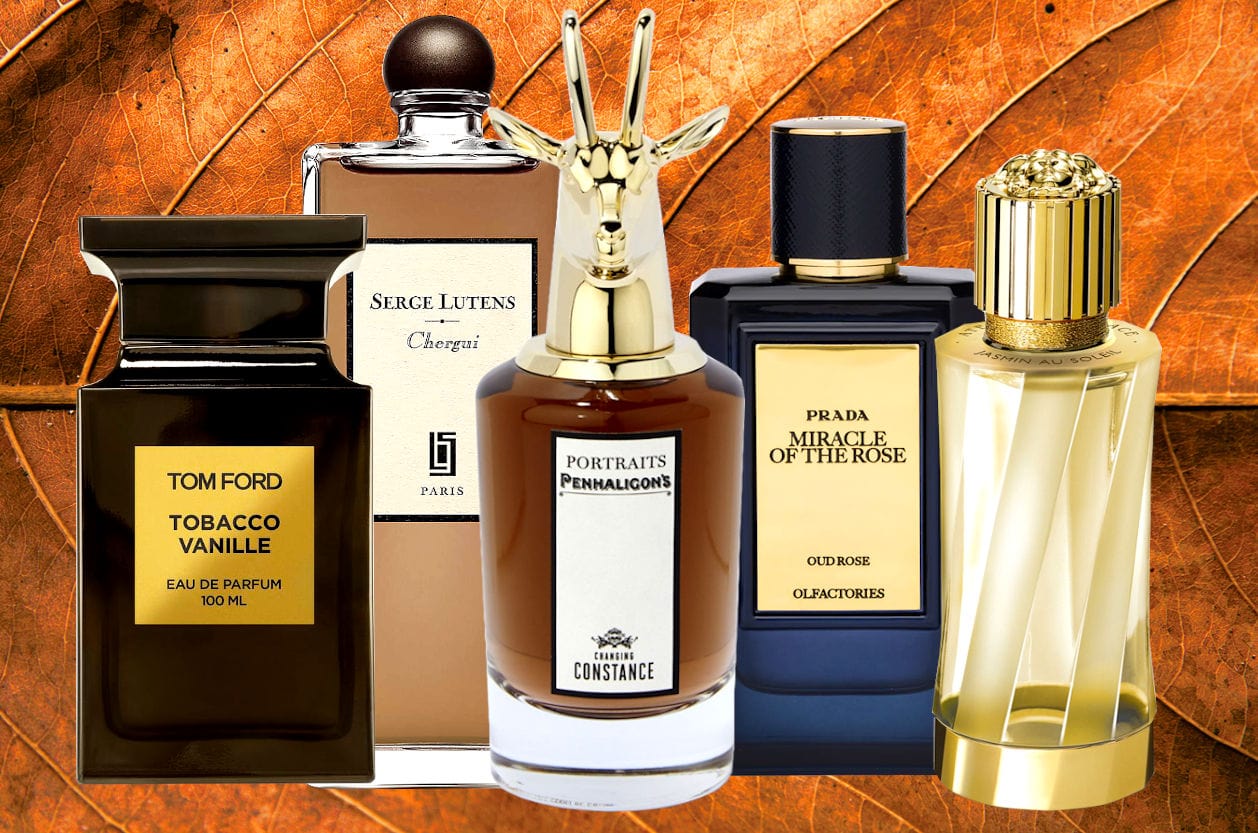 There is nothing more impulsive than wearing your best tobacco fragrance. Many perfume makers have tried to promote their authentic tobacco perfumes. However, not all of them have seen the same success over the years.

It has been time to check the five best tobacco fragrances of all times. Be prepared to see the ones you most like and some that you have never imagined existing. The list is exhaustive and can give big surprises to men who want to smell tobacco and spread its beautiful scent around.

Black Walnut by the Banana Republic

It is one of the most precious members of the men’s fragrances produced by the Banana Republic. The company emphasizes this perfume’s importance by placing it in a luxurious cubic box with black leather.

Men who like to wear that kind of perfume can apply it directly to their skin right after they have a shower. It is the kind of perfume that makes you look memorable to every woman you meet. The bottle sold at stores contains 100ml of this tobacco perfume and costs approximately $95.00.

It is one of the best perfumes to wear at work. Black Walnut usually has a long duration that can come up to 24 hours.

The Men Pure is the first perfume made for men by Thierry Mugler. It has been the well-known star perfume that everyone liked to have. Thierry Mugler made it easy to introduce tobacco perfume to a male population sector that never imagined himself wearing it.

The Men Pure is a rich perfume with a slight yellowish color and comes into a very attractive black sprayer bottle, with a single star in the middle.

The base tones are candy, sweets, cacao and spices. Tobacco is the higher not that reveals only when you are wearing the fragrance for multiple hours. Your body’s initial warmth can sparkle the tobacco scent reaction that is characteristic for Men Pure of Thierry Mugler.

The perfume costs approximately $85.00 for the 100ml bottle. You can use it directly after you bathe so that you can have the best possible effects.

Men Pure is the perfume that most men, but when they want to impress their date during a night at the club. However, some people like to use it daily at the office.

This fragrance’s duration is accentuated by the tobacco scent and could be anywhere between 8 and 24 hours, depending on the sweating level.

Tom Ford has been the legendary brand for special fragrances you can find nowhere else in the world. The house specializes in men’s perfumes, and the Tobacco Oud has been the epitome of such ones.

Enclosed in the well-known and characteristic glass bottle, Tom Ford Tobacco Oud has been the first fragrance with a pure tobacco smell and part of best smelling cologne for men The base notes are amber, sandalwood, and spices. As the tones evaporate to the top part of the fragrance, you may find whiskey and oud that are like nothing else you have smelled before. Some people who like to smoke can take a deep sniff at the bottle and have the same sense as if they were smoking a cigar.

No matter the perfume’s heavy character, people who wear it can feel fresh during the day. It is a very attractive perfume for the feminine population and can make you look different from anyone else in the office.

The Tom Ford Tobacco Oud costs about $95.00 for the 50ml bottle, and you can have it either online or through the perfume stores. It is a fragrance directed for office use. However, you can use it when you go out with friends to smell better than ever before.

The perfume can last more than 24 hours and leave its scent on your clothes, which is a remarkable quality that everyone likes.

Another excentric perfume presence has been the release of Moon Dust MiN New York. It was the first aroma for men that integrated the dynamic tobacco character alongside fresh herbal notes. MiN Moon Dust has been the first perfume marketed in a small transparent glass bottle that looks like the previous century’s traditional ink bottles.

It uses the sprayer that gives enough portion to men who have just taken their shower and are ready for action. The base notes of the perfume are dirt, benzoin, and black musk. The middle and upper tones are tobacco, coriander, carrot seed, and flint being one of the most earthy perfumes you have ever smelled.

Moon Dust is also one of the most luxurious, rare, and expensive perfumes to wear. The 75ml bottle costs about $191.00, but it’s certainly worth having it by any means. It is one of the few more suitable perfumes for going out at night, meeting your friends in a club, and promoting yourself.

It has a tremendous and remarkable duration that may come up to 24 hours and even more depending on the time of the year and the physical activity of the person wearing it.

Here you have one of the all time classic perfumes for men. The main ingredient remains tobacco; however, Burberry house wanted to create a monumental fragrance that would write its own history.

London comes into the traditional Burberry skin bottle that became a world trademark. On the other hand, the brand has decided to operate with a sprayer. That helped the perfume to be used in the right portion.

The base notes are guaiac wood, oakmoss, opoponax, and tobacco leaves.

The middle and higher tones are mimosa, leather, port wine, cinnamon, bergamot, and black pepper. That combination reinforces the tobacco presence and can give you the most powerful tobacco fragrance in the world. If you are looking for a tobacco smell blast, then London Burberry is the right perfume for you.

London Burberry costs about $75.00 for the 100ml bottle. You can be sure that the perfume is for men who like to smell perfect at work. It could be equally used for your night leisure activities to attract people when standing at the bar.

The duration is one of the most unbeatable qualities of this perfume. You can enjoy a higher duration that may come up to 24 hours if you use it right.

Tobacco perfumes have earned lots of fans throughout the years. Men like to smell different than women, and that kind of tobacco perfumes offer a scent of freshness and individuality.

Men who have tried the oriental, spicy, and tobacco perfumes are more than willing to make them better and advertise them to their peers. The demand for such tobacco fragrances has been transformed into a worldwide wave.

That is why more and more men decide to try tobacco fragrances and stay there for a long time. After all, it’s not only the flowery and herbal perfumes that could become famous among men. Tobacco is a stable alternative that can give more to the people wearing it and make them look and smell even better than before.